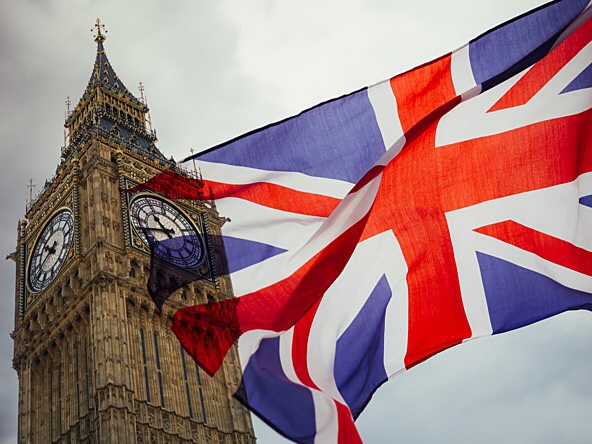 And now to them add the date 12 December 2019 which will go down not as a date to remember for being the decisive battle that led to a conquest, or domination of the worlds oceans or even the end of a war but one that started one.

Not a shooting fighting war (though that may well be the result with people taking to the streets) but the kind of war that many thought had been consigned to history – an uprising and war against inequality.

The result of the General Election in which the Conservatives have just won a staggering majority giving it Carte Blanche to do whatever it wants was the aim throughout the campaign with their true intentions hidden behind the mantra of let’s “Get Brexit Done”.

Just as Hitler convinced the Germanic peoples in the 1930’s that the problems they were experiencing could be laid at the feet of foreigners and the weak in society and by putting the nation first all of their problems would be solved, (copied by Donald Trump with his “Make America Great – America First” policy) and now Boris Johnston and his Conservatives promise that once the United Kingdom had left the European Union all will be well.

And yes it was the English Voters who put the Conservatives in power and not the United Kingdom.

So where do I see this going?

For centuries ‘Great Britain’ dominated the world stage, building and controlling the largest empire that has ever existed, until that is the end of the two twentieth century global wars when gradually nations began to take control of their own destinies.

The British Empire proudly proclaim they relinquished their power and control over the Commonwealth Countries and Dependencies because they believed in freedom and truth and it was the “democratic right of individual nations to self- determination”.

Century old treaties and agreements were consigned to history and new arrangements took their place between the United Kingdom and its former colonial nations.

It is the principle of ‘self-determination’ that saw British men and women travel over 8000 miles to support and eject invaders of the Falklands Islands in 1982.

The might of the British Forces were deployed to protect the democratic right to self-determination of 3400 Falkland Islanders and to that end there remains a permanent force of over 1300 Armed Services personnel based on the islands.

Claims by Spain that Gibraltar should be returned to them are rejected on the grounds that it is up to the Gibraltar people to determine whether they remain under a British or Spanish Flag.

In 2003 the invasion of Iraq was principally based on regime change using the joint excuses of the destruction of Weapons of Mass Destruction (WMD’s claims that have now been totally discredited) and the need to remove a tyrant (quite right) and allow the people of Iraq the democratic right to self-determination of who and what form of Government they should have.

Well if there is one thing that stands out from the 2019 General Election it is that the electorate who voted in Scotland has overwhelmingly supported the Scottish Nationalist Party (SNP) whose principle aim is self-determination and independence.

They will of course as Commonwealth Countries have need to get the agreement of the Westminster Government to hold a referendum.

Scotland very justifiably will be entitled to say that just like Commonwealth Countries they have a right to self-determination free from being controlled by the English dominated Westminster Parliament.

The precedent across the globe with other Commonwealth Nations has been set so I for one would support Scotland in their quest for self-determination and the desire to make their way and build a future for their Nation.

If the Westminster Politicians refuse such a request Scotland could of course always take the road that Ian Smith chose in what was formerly known as Rhodesia and declare that they are going to hold a referendum anyway and if independence is the peoples choice declare Unilateral Independence.

Which brings me to the thorny question of Northern Ireland.

For thirty years British service personnel did their very best to keep the peace and protect the people of Northern Ireland.

Principally it has to be said from each other.

It was a conflict quaintly downplayed in many respects by being known as simply as the Troubles in which over 3600 people were killed including more than 500 members of the British Army and many more injured.

I have experience of the period and can say with absolute certainty that Troubles they definitely were not – it was an all out war.

It saw a level of violence that was not confined to Northern Ireland but regularly transferred to the British (mainly England) mainland.

Should there be the unification of Ireland?

Not according to the majority of people on the province who consider themselves British and claim that under their democratic right to self-determination they should remain so.

The Good Friday Agreement is about to be severely tested following the result of this General Election and especially given that the two opposing sides in Northern Ireland the DUP (Democratic Unionist Party) and Sinn Féin have been unable for the past two years agree to power share in Northern Ireland.

The result of which has been direct rule of the province from Westminster – so much for self-determination.

Anyone who thinks that this can continue indefinitely and that the paramilitary groups on both sides of the divide have vanished forever are delusional.

Of course once “Brexit is Done” and the Custom Border Checks (that apparently aren’t in the agreement according to the Prime Minister) are in place then any movement of goods or if the paramilitary groups decided to become active, weapons, will be prevented by customs officials – or at least that is what we will be told.

So should we complain at the result?

Well quite frankly no-one should complain because that is democracy –

The 3.5 million women born in the 1950’s who have had almost £40,000 of pension entitlements arbitrarily taken from them can now spend their time at home rather than protesting at the unfairness of it all because they and their family and friends had an opportunity to have a major influence on the outcome.

The 14.6 million registered voters who didn’t vote cannot complain because by not voting they effectively agreed and support the 13.9 million who voted for Boris Johnston and his Conservatives.

So when we watch the Christmas advertisements extolling us to give to charities to help the homeless, those who are living rough on the streets in the depth of winter or pleading to help children suffering from hunger and poverty we can at least take solace in knowing that the Government has the support of 28.5 million supporters.

Those on zero contract hours who didn’t vote or voted Conservative can have no complaints, or the parents of children who have to pay university fees, or who have to wait for or can’t get a doctors appointment.

This election was the most dishonest one I have experienced during my seventy years on this planet though I suspect the Conservatives will claim that they were not really dishonest but just giving providence a hand.

The accusations of dishonesty they will say are unfair in spite of the fact that 88% of their social media adverts were when fact checked found to be dishonest and intentionally misleading.

The providence of course is that the Conservatives truly believe they were born to rule, and they will point to the support of the electorate as proof.

This election has divided the English Nation and the United Kingdom, it has divided families to the extent that there are many (and yes I do include myself amongst them) who have been surprised, shocked, appalled and angry to discover that there are family members who are and now feel it acceptable to express their racism, intolerance and lack of concern for others less fortunate than themselves.

Views that Boris Johnston and his supporters have now normalised through their words and actions and as is always the case they deny by using the age old adage that “I’m not racist I have friends who aren’t white”.

Will I ever forgive them – I very much doubt it – because now that their true attitudes have been revealed they can never ever again be concealed.

There will of course be those who say “that is a very unchristian attitude” to which I can only reply that its just as well I don’t believe in any religion so my attitude is not controlled by some mythical belief.

It is sad – but ‘blood being thicker than water’ may technically and scientifically be true but lets face it when it comes to racism, anti-semitism, homophobia and intolerance towards and of others different to yourself then it is – to be blunt – simply a load of bollocks.

Perhaps what I found personally surprising was my attitude towards the country of my birth which until Friday 13th December 2019 was one in which I always thought, as I have in the past, been absolutely willing to defend for its fairness and tolerance.

The General Election campaign, the way it was conducted, the role of the media, and the result has changed all of that – I now freely admit to being ashamed of being English.

On the positive side my ancestry according to DNA is 79% English and Scandinavian and 16% Scots and with Liz being equally divided 45% Irish and 45% Scots at least gives me some hope for our children and grandson.